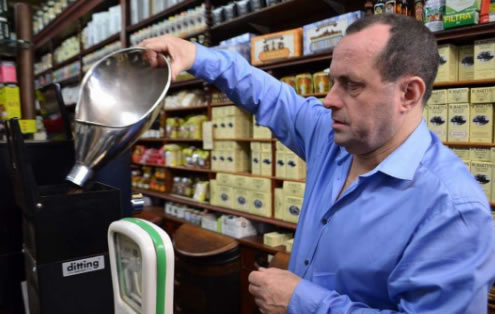 Hello, my name is William Martyn and I am the sole proprietor of W Martyn’s of Muswell Hill. I am the 4th generation of Martyns to own the shop and we are delighted to share with you the history of our heritage. 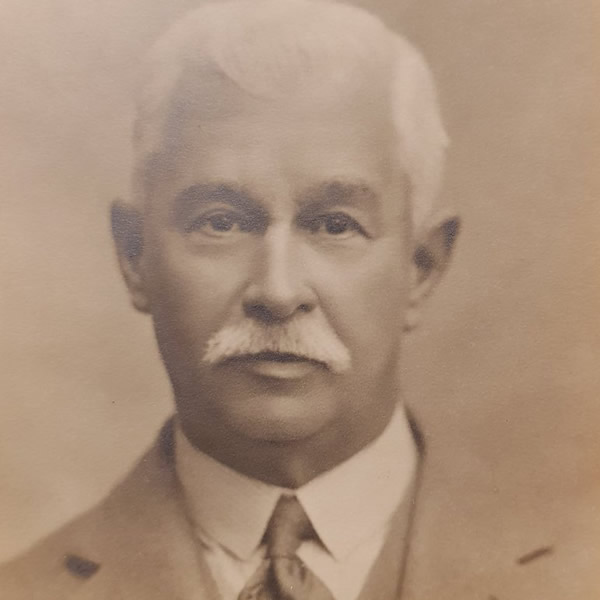 W Martyn of 135 Muswell Hill Broadway was opened by my great grandfather William Martyn in 1897, He was born in 1862 in Broad Clyst, Devon, and moved to London in 1890 where he served as an apprentice with Walton, Hassel, and Port in Hampstead, He married Bessie Ratcliffe Salter in 1893 and went on to have two sons and two daughters.

Over the years I have been told quite a few stories about what has occurred here in Muswell Hill, for instance my great aunt Freda (the youngest child of William and Bessie) told us of the time she had her appendix removed on the kitchen table in the family home above the shop, and her favourite memories of playing hide and seek with her brother, Redvers, amongst the Christmas crackers stored in the nursery. 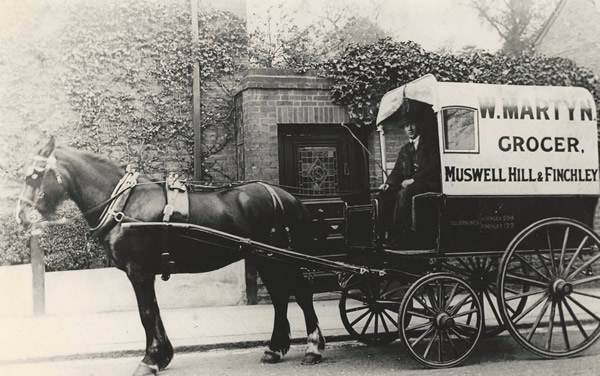 Before the days of supermarkets, I have been told customers would come into the shop with their lists , take a seat at our counter and be individually attended to.  Normally the customers orders would be made up after they had left the shop and would be delivered the following morning by horse and cart.

In 1914 our first female member of staff joined W Martyn’s her name was Miss Lucas and she stayed with us for many years. 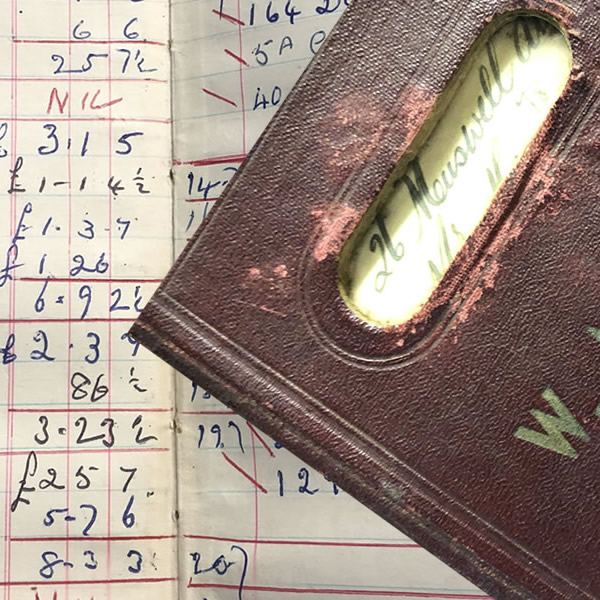 My father remembered many small grocers on Muswell Hill Broadway- Liptons, Waitrose, Williamsons, United Dairies, Alexander Brothers and one we hear very little about today – Sainsburys! There were so many grocers in those days and competition was fierce. The milkman who called on the houses daily in the road reported to us the arrival of any new residents for which he was rewarded with a small donation – then soon after that a Martyns assistant would call on that house to try and gain the business. 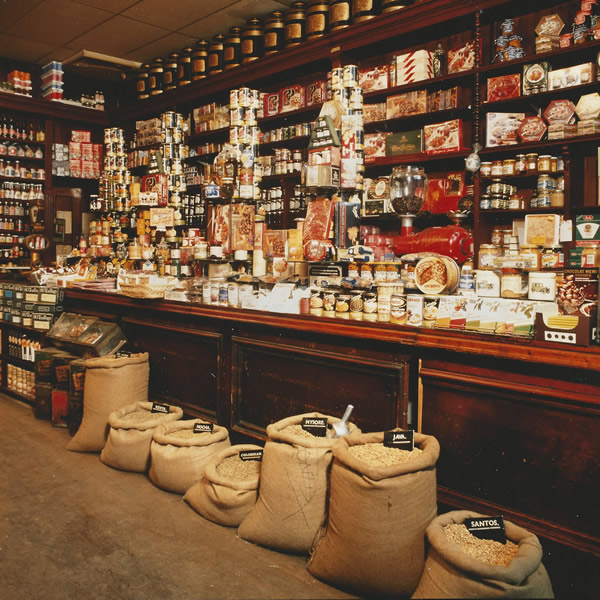 As we all know most products are delivered in cardboard cartons, but years ago dried fruit would come in wooden crates, sugar in barrels and cereals and pulses in sacks, now today some of our products still arrive in sacks to keep them fresh.

All of the products would come in loose and would need to be packaged, this was not done by using bags but by using paper that was rolled into a cone. The products needed to be handled with great care and we still pack and handle many of our products this way as we feel that they reach our customers fresher. 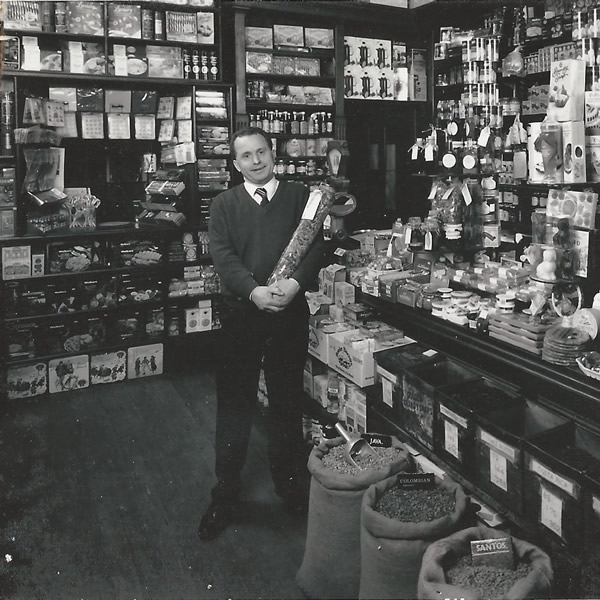 Times are forever changing and with the coming of baskets with wheel s customers would come and take their shopping home and were able to carry more. The car soon followed which led to supermarkets and large out of town sites, this meant Martyns had to change to survive so out went soap powders, bacon and butter etc and in came speciality foods, we have now become well known for our freshly roasted coffee, speciality teas, choice dried and evaporated fruits, nuts, exotic jams, pickles, chutneys, honey and marmalades.

We hope you have enjoyed our trip down memory lane, please have a look at our precious photos on the site. 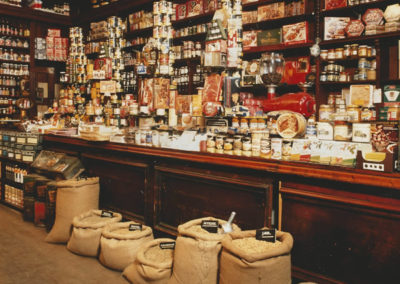 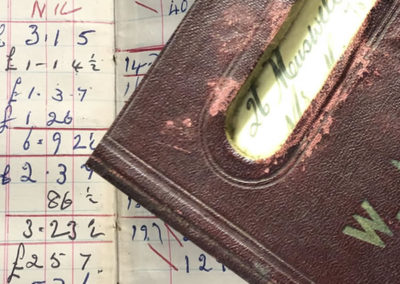 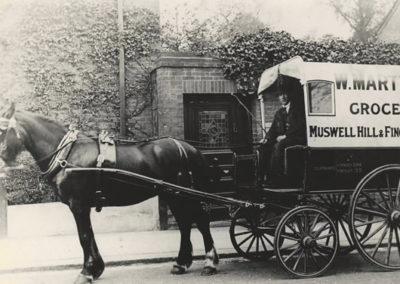 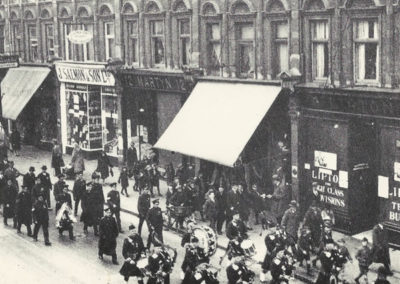 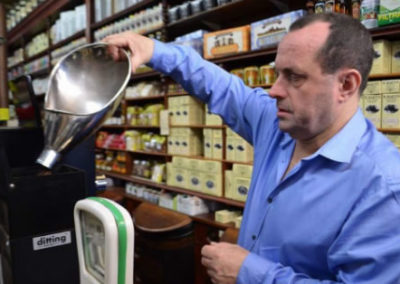 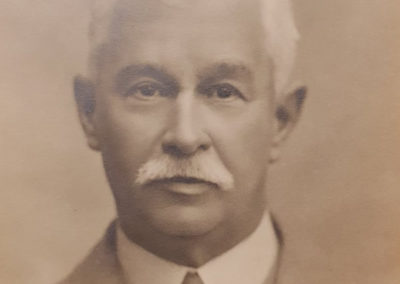 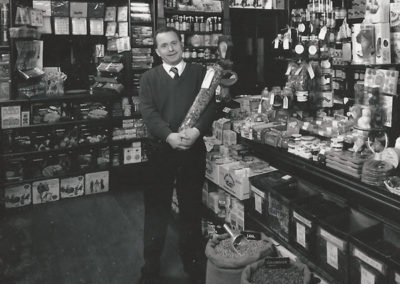 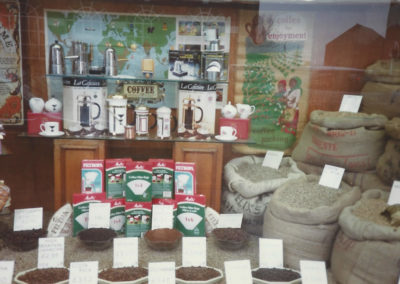 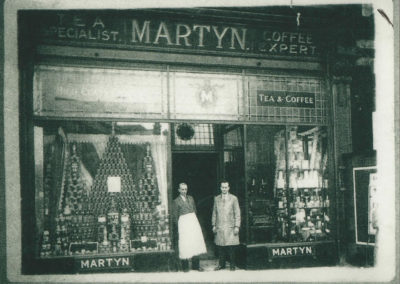 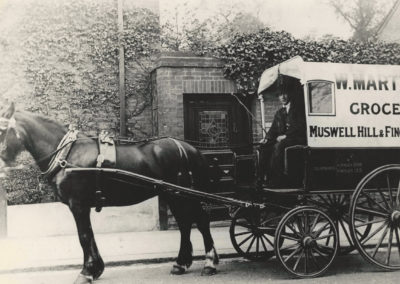 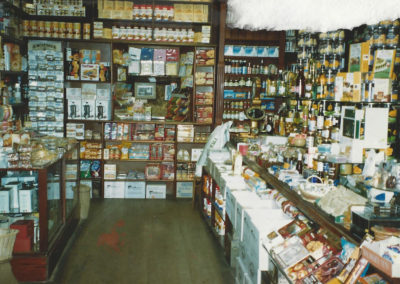 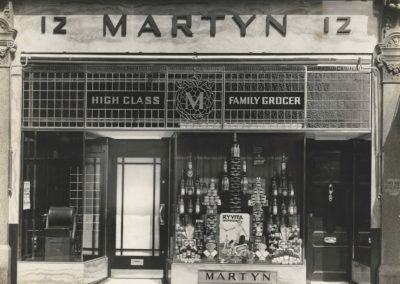 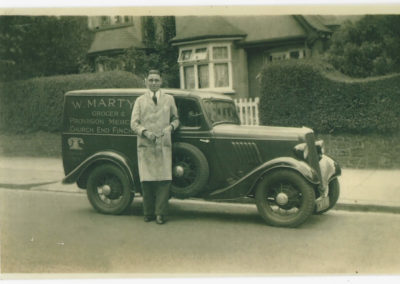